Residents mail email their comments directly to the tollway at the link below.

Residents who wish to receive email updates regarding the I-294 project or have questions regarding work occurring within the Village may contact         Kate Organ, Senior Manager of Communications at Omega & Associates.

Periodic Construction Updates can be found on the Tollway's website.

An overview of the Central Tri-State Tollway Corridor Improvement Project can be seen in this short video.

Information on projects in our area:

The Illinois Tollway Authority as put together a website with preliminary Information regarding their design objectives for the Tri-State Tollway. The presentation from the 04/24/17 public meeting held at the Hinsdale Oasis is found above.

In March 2018, Tollway officials met with the Village Board to present details about the proposed BNSF Railroad Bridge component of the project. A PDF of the presentation to the Board can be found at the following link: BNSF Board Presentation 03-26-18

As part of that capital plan, the Tollway identified the reconstruction of the Tri-State Tollway (I-294) from 95th Street to Balmoral Avenue.

The Tollway created the Central Tri-State Corridor Planning Council to coordinate with regional stakeholders along I-294. Council members included representatives from the council of mayors, the region's transportation agencies, local business association leaders, local municipalities and representatives from the commercial freight industry. The complete list of participants on the council can be found at the following link: Central Tri-State Corridor Planning Council Participating Members

The council met over a period of six months during 2015 to identify issues and opportunities, and build long-term corridor recommendations from the participating stakeholders. The Council's findings and recommendations were published January 2016 and the report can be found at: Central Tri-State Tollway Corridor Planning Council: Findings and Recommendations

Has the Tollway met with the Village?

Village staff has met with the Tollway on several occasions in 2016, 2017 and 2018. Tollway staff and their engineers are gathering survey information from the Village to locate underground utilities such as water and sewer mains, fiber optics and other infrastructure near the Tollway right-of-way.

Similar work may be required for the bridges at 55th Street, 47th Street, Ogden Avenue and the pedestrian bridge at Maple Street.

What concerns or information has been provided to the Tollway?

The Tollway requested from the Village information regarding the locations of underground utilities for their preliminary engineering work. The Village has also provided the Tollway a letter in July 2016 outlining comments and concerns pertaining to the BNSF bridge improvements. The letter from the Village Engineer's Office can be found at the following link: July 16, 2016 Letter to Illinois Toll Highway Authority.

Has the Tollway talked to the Village about widening I-294?

The Tollway was expected to present their Master Plan for public comment in late spring 2017, but it was delayed until an unspecified date in 2018. 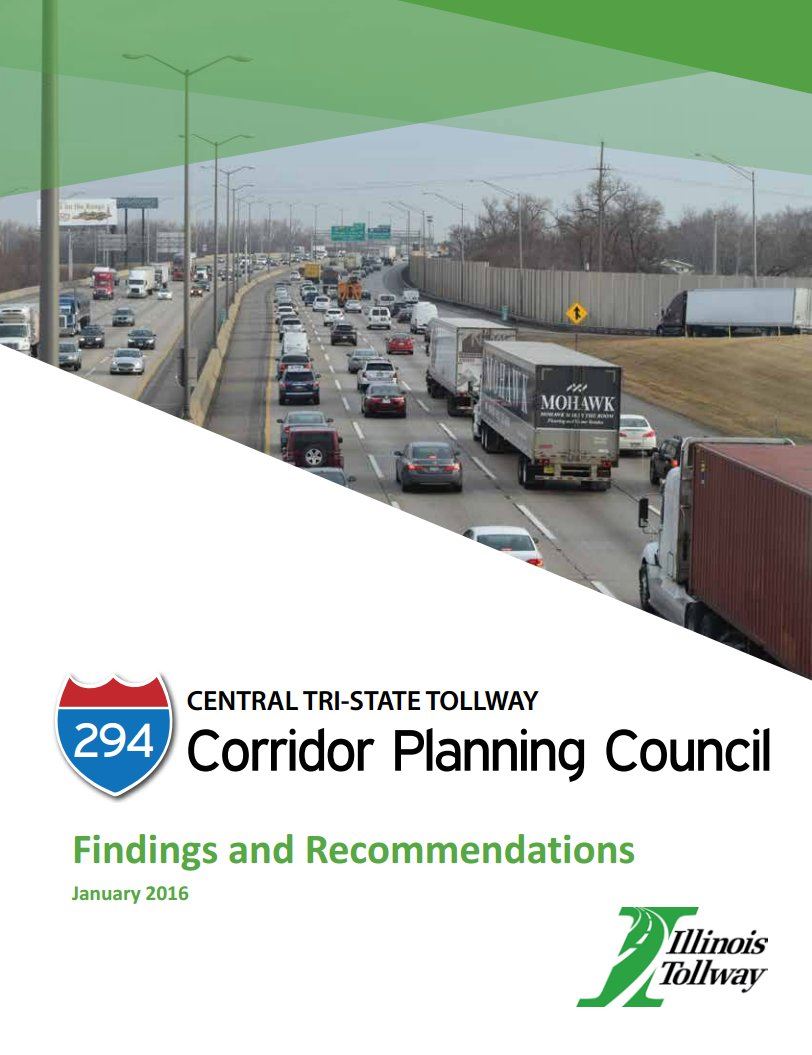